Where on one hand Mumbai has been the gleaming commercial capital of India - New Delhi the national capital has a charm of its own. The perfect blend of Old Delhi and New Delhi wears the cape of both Indian tradition and western trends perfectly.

A complete cultural extravaganza is what Delhi offers you! 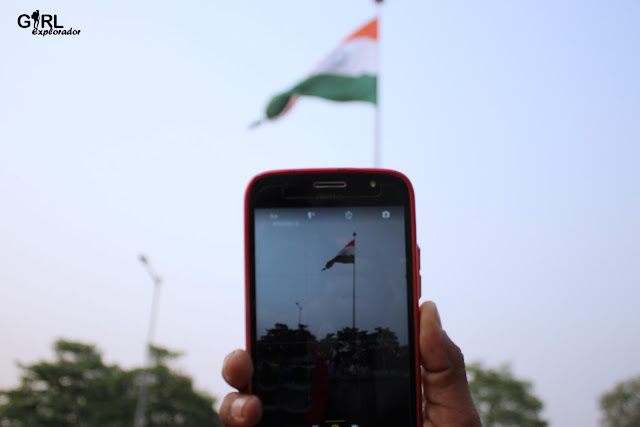 By now you must be aware that I have been off for a week-long Solo trip to Delhi in the month of June. The solo trip had not just made me learn so many things but also gave me memories afresh. A lot of people might say - Delhi is not a “traveler’s hub”. To correct them - Delhi indeed is a traveler’s hub - where traveling on a hill station, beach getaways would be much easier as compared to roaming in a city which is a metropolitan.

My visit was all full of fun and enjoyment. I traveled using all the transports I could. Beginning with the first flight I took to Delhi, moving to the Delhi Metros, rickshaws, auto rickshaws, Ola-cabs, and even walking kilometers just to find solace.

Genuinely speaking, Delhi is an amazing city, which is both inspiring and fascinating. Imagine this city represent as India’s capital for ages, for almost seven precious civilizations. Be it the Mughal Empire, the Cholas, the Guptas or the Maurya Empire - despite some emperors switching the capital - Delhi was ultimately the heart of the country - administrations and politics.

Archaeological wonders, the mouth-watering delights, the beautiful gardens and a shopper’s Paradise - is what one would name Delhi! Well, there are a lot of to do I Delhi and as a traveler - any number of days is less to experience everything. 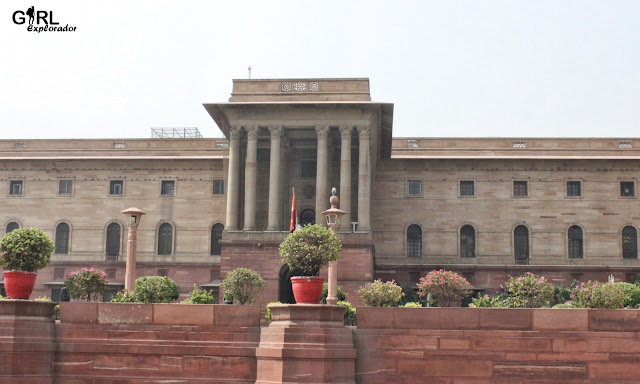 Since I did not want to give even a single day a miss - I had planned an itinerary at my best. From my landing to the boarding of my plane to back home, but Delhi had some other plans for me!

I wanted to begin my journey by visiting the Rajghat, Parliament House, and India Gate. However, I did reach the place but the heat of Delhi did not allow me to walk a lot. Hence, change of location. I reached Connaught Place had a sip of coffee and some snacks at Starbucks - where I jotted down my next location - Lotus Temple and The Iskcon Temple. You can check out my Delhi Vlog #1, which is live on my YouTube Channel!

I had heard a lot about Iskcon Temple - the exuberant glittery of the decorations and the mesmerizing statues of Lord Krishna and his beloved Radha will leave you spellbound. While I was dropped by my auto wala near the temple I literally had to carry myself along with my backpack to the sloping walkway in order to reach the temple - do not forget the scorching heat.

Reaching the beautiful temple - the more I was mesmerized by the temple architecture and rich interiors - the least spiritual satisfaction I received from the temple. Something was missing - despite the Aarti and the huge number of devotees - there was something that lacked. 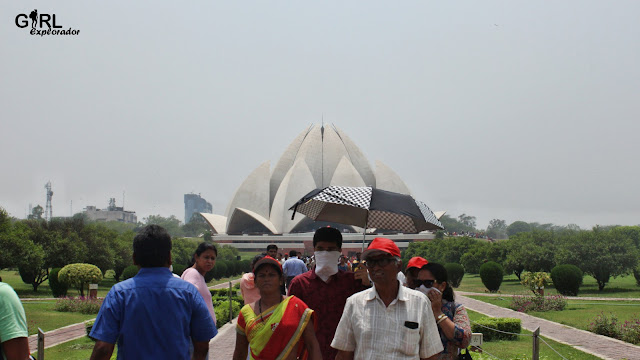 Half-heartedly I moved forward to my next destination - Lotus Temple. The lesser I know about the Baha'i Faith, Lotus Temple left me spellbound. The architecture shaped in the form of a Lotus, surrounded by leafy boulevards - the visit to the temple was indeed a bliss. A huge line leads me to the interior hall - which was called the meditation hall. Silently each one of the visitors sat on the chair and calm themselves down. After a few minutes from closing my eyes and relaxing - I literally could hear my heartbeats and meet the inner self. Such spiritual and peaceful was my visit to the Lotus Temple. 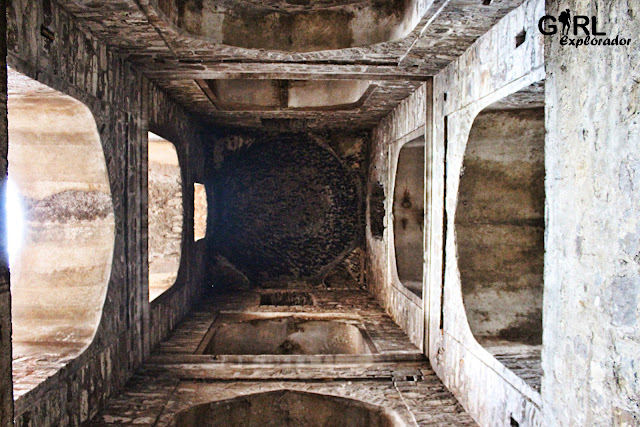 I had a few more hours left and the sun was a little less hot and therefore, I thought why not finish my itinerary of the day? So, bang on and I went to visit the Agrasen ki Baoli. I wanted to visit this place mostly because of the Social Media Friendly photographs and less because of the history, though. 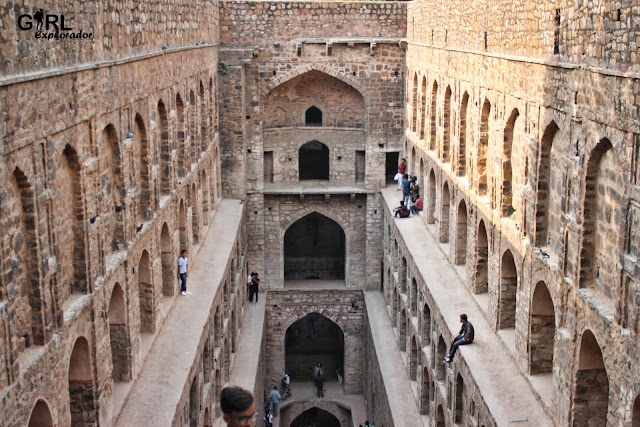 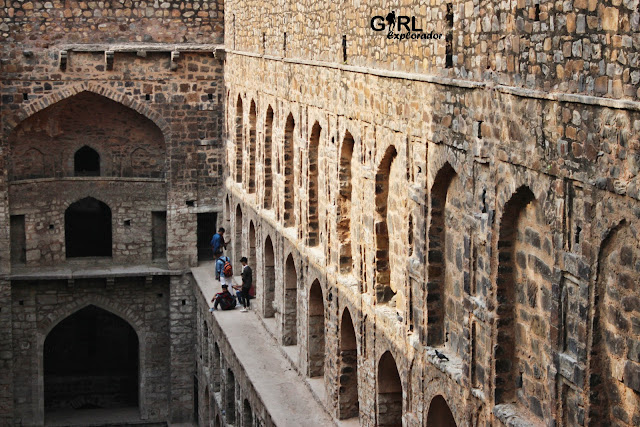 Bringing myself back to the present I went marched towards the India Gate. Undoubtedly - being an Indian - my second or third visit to the India Gate gave me literal goosebumps - why? No Idea. Amidst the bubbles and the “Anar Jyoti” I called it a day! 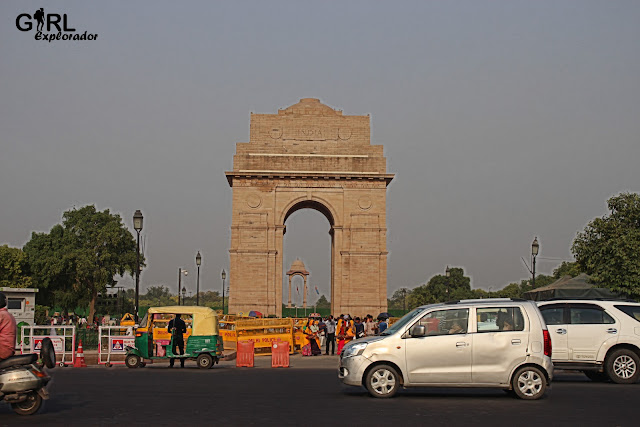 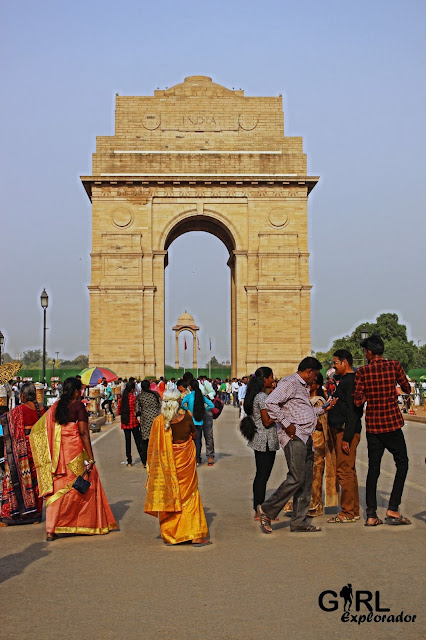 After a hectic and what you would call a complete traveler’s day - I wanted this day to be a light one. However, the day had been marked for the visit to Madame Tussauds Delhi, Rail Museum - most importantly. So, following the itinerary with my fingers crossed I headed to Rajiv Chowk and made myself an eminent guest to the popular Madame Tussauds. Let me give you all a precautionary disclaimer - I am a Die Heart Bollywood Fan! Do I need to say more? 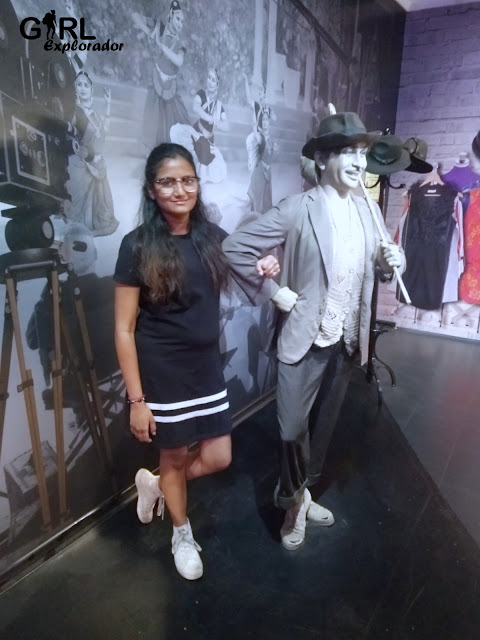 So, as I entered the museum - the first was a statue that I was mesmerized was with that of Madhubala and Raj Kapoor Sahab. Clicking pictures, dancing on the songs that were playing, playing games, posing, and with painful jaws (because of the endless smiling) was the mark of my visit to the museum. I might have spent an hour and above in this place, which just went by within a snap. 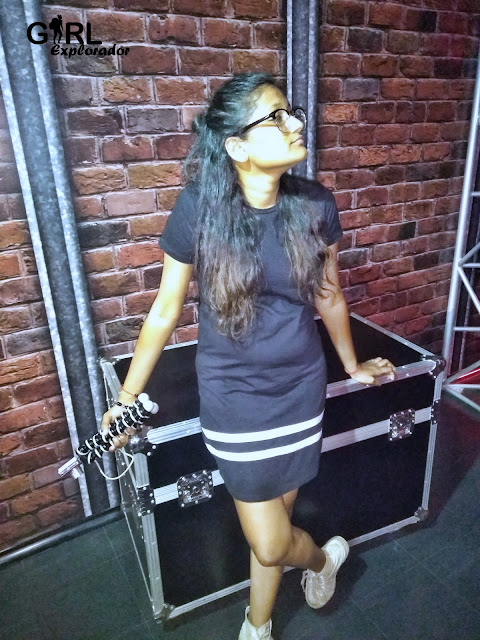 In the middle of my every visit, I tried to incorporate street foods and lemonade in my itinerary. Well, all this is evidently visible with the bloated tummy and fat I accumulated after the visit! 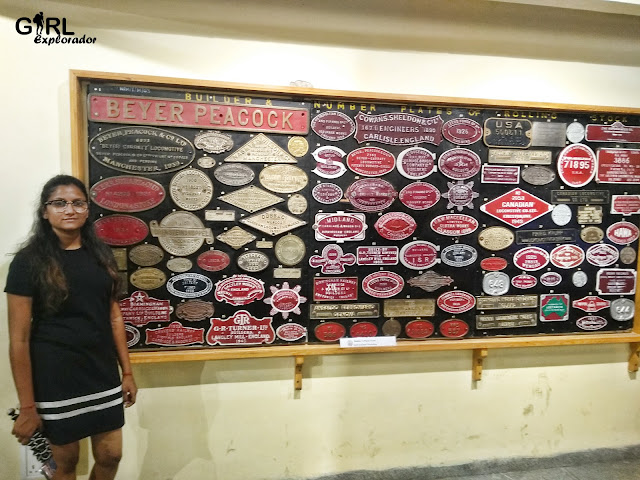 With much entertainment and fun, I reached the Rail Museum. I got to know about this place from the movie - Ki and Ka. So, this was another must visit and red underlined place. On reaching I witnessed the museum where the locomotives models from the early 40’s were a place and the history of Railways was completely explained. The upon the huge models of the trains which are widespread in the area - where you can get on the toy trains or click pictures with them. Entertaining and amazing was my Day 2 in Delhi. Yes, I did indulge in some shopping too.
The next day - was to discover the shopper’s paradise side of the city. I had marked all - Lajpat Nagar Market, Sarojini Nagar, Janpath, Khan Market, Nehru Place, and Saket on my List. So following the route - I landed in all these places and shopped bag full of things for me, friends, and family.
To know what all I shopped and from where you can check out my Huge Delhi Haul, which is live on my YouTube Channel.


The visit to Lodhi Garden was impromptu - which is yet another loved the place by Youtubers and Instagrammers. So, while I visited the place getting some amazing photographs for my Social Media too! There is something surreal about the ancient architectures - made out of edible raw materials like pulses and grain the essence of these beauties haven’t been lost yet, however, where today the modern architectures are made with solid and durable raw materials - lose their shine within a few years. 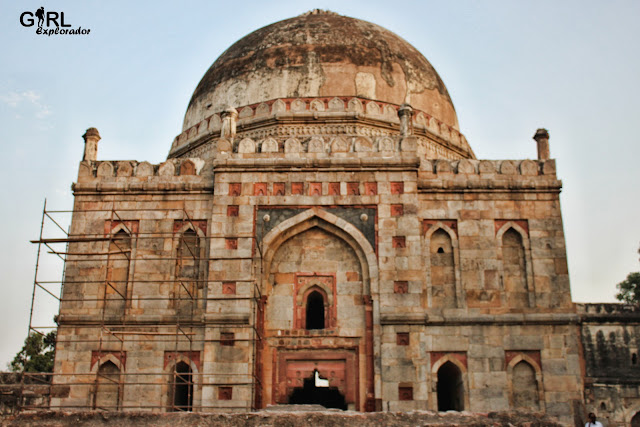 The next part of the day was to relax and enjoy the western culture of Delhi - the nightlife. My visit to Delhi was full of visiting the cafes and Restaurants of Delhi. So, if you do not follow me on Zomato - you need to do that super soon! 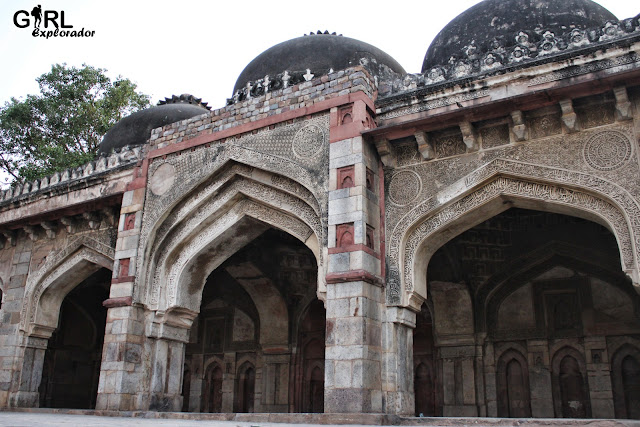 I had marked Monday to visit The Kingdom of Dreams - which failed miserably as I did not do my research beforehand and found out on Monday morning itself that the place is closed on Mondays. “Wow! Incredible!”, I exclaimed with sarcasm. Since I had a flight to catch on a Tuesday - The Kingdom of Dreams was given a miss. As I said in the beginning - any number of days is less to experience the complete of Delhi.

There were several places like - Bangla Sahib, Jama Masjid, Akshardham Temple, Qutub Minar, Red Fort, and Chandni Chowk - that I did not visit during my this visit, however, I have already visited them in my previous visits, which was mentioned in my previous Delhi Blog.

You can also watch my Delhi Vlog #2, which is live on my Youtube Channel and know more what and how I visited the beautiful places in Delhi.

Check this space for more Travel Blogs and Travel Photography! 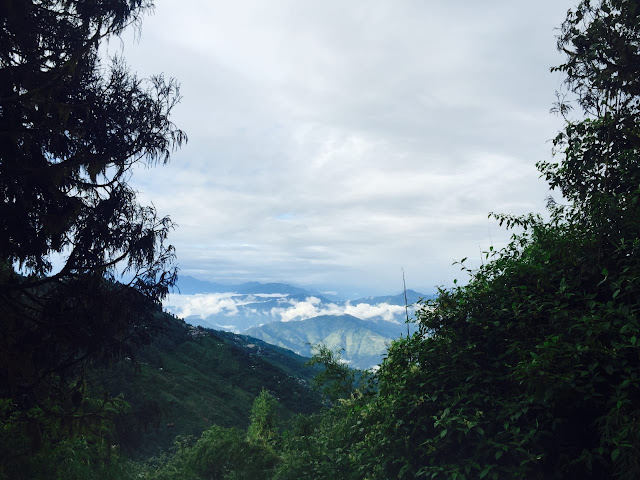 Here's How I Am Making The Best Use Of Lockdown 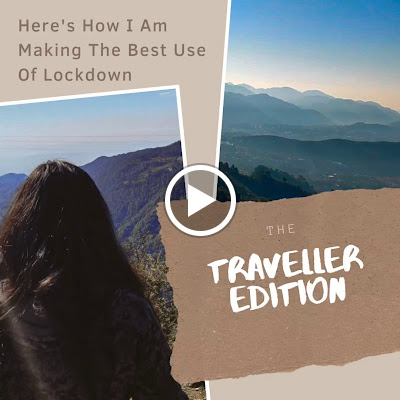 Covid-19 popularly known as the coronavirus entered our lives so casually and changed it drastically. The lockdown has brought our lives to a halt, a stop. For me, it has already been a month of lockdown. My office inculcated the work from home practice much before the official lockdown in India. In the initial time of the days, I was happy, moving around my flat, and doing my stuff. Little did I know that this was going to be a huge issue all around the world. The world is infected with the coronavirus. I had my tickets already booked for my home in the first week of April since my friend was getting engaged. Coronavirus canceled that too. Well, I am not sorry about it, since that was a much-needed step to be taken. What actually shook me was how all of a sudden our life has come to a halt? What has our life come to? So, below is a very personal note/write-up/understanding and observations. "Slow Down! You are running too fast in your life!" "He has grown too
Read more